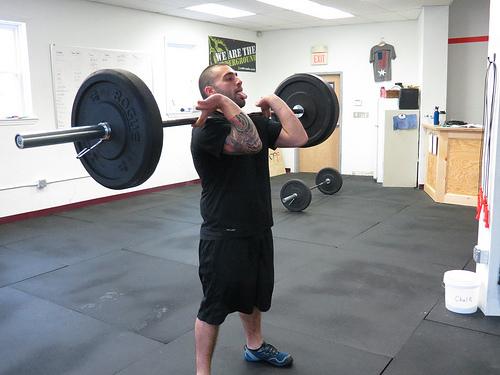 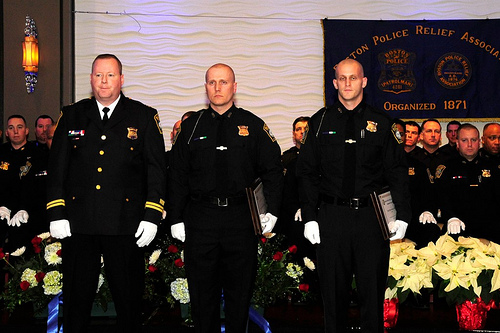 Boston Police Officer and CFF 6pm ‘er Mike “Goldie” Golden was recognized this month along with his partner for their outstanding police work.  We’ve only known Mike G. a short period of time but his attention to detail, grit and loyalty are evident.  Though he was “just doing his job”, it’s nice to have your hard work appreciated.  The residents of Boston are lucky to have him on the streets. We are proud of you Bro, keep up the good work.

Here is an excerpt from the ceremony:

The William J. Taylor Meritorious Service Award is the highest award available other than those awarded for valor and heroism. It is given once a year to distinguish a member whose performance over the previous year is in the highest traditions of Boston Police service.

Police Officers Dodd and Golden are assigned to the most dangerous hot spots in the city targeting street violence, drug dealers and gang members and have been described by their supervisors and peers as aggressive, focused, self-motivated, productive and dedicated police officers. Over the past year, Police Officers Dodd and Golden have been responsible for the recovery of 14 firearms, the seizure of over $9,000 in drug money and for effecting over 100 arrests.